"We are building a global force and momentum to decarbonize our economy that will slowly but surely erode the denial, skepticism and opposition," said Governor Brown. 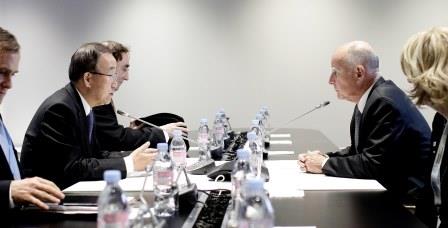 Earlier in the day, Governor Brown and China's Special Envoy on Climate Change Xie Zhenhua spoke at an event at the China Pavilion in the blue zone at Le Bourget organized by China's National Development and Reform Commission (NDRC) highlighting California and China's collaboration on air pollution mitigation, emissions trading and clean technology. The two leaders met privately after the event. Today's event builds on a number of diplomatic exchanges between California and China this year, including a meeting between Governor Brown and President Xi Jinping and the renewal of an agreement first signed in 2013 with then-NDRC Vice Chairman Xie Zhenhua - representing the first agreement between the NDRC and a subnational entity on climate change. 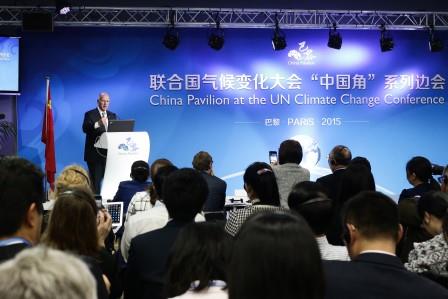 Prior to the event at the China Pavilion, Governor Brown joined France's Minister of Ecology, Sustainable Development and Energy Ségolène Royal, Washington Governor Jay Inslee and Vermont Governor Peter Shumlin at the French Pavilion in the green zone at Le Bourget, an event hosted by the French government to highlight aggressive climate action amongst American states. At the conclusion of the event, the leaders signed a joint declaration to confirm their commitment to cooperate and support exchanges on sustainable economic development, climate change and related technologies and policies. 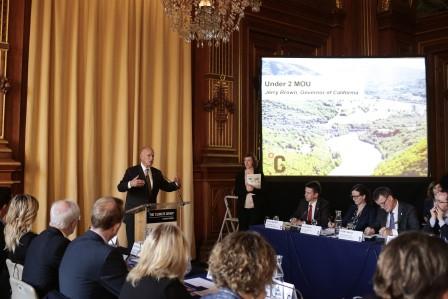 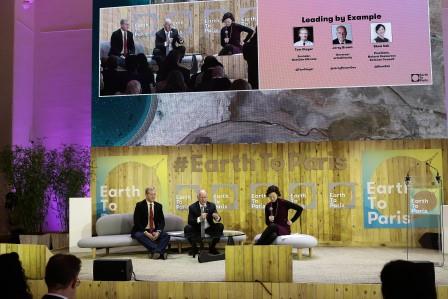 On Sunday, Governor Brown and U.S. Ambassador to France Jane D. Hartley welcomed 15 new signatories to the Under 2 MOU climate agreement at a signing ceremony hosted at the U.S. Ambassador's Residence in Paris. With the addition of Sunday’s signatories – including South Australia, the first Australian state to join the Under 2 MOU and Rhode Island, the ninth American state to sign on – a total of 80 jurisdictions representing 22 countries and six continents have now signed or endorsed the agreement, together representing more than 614 million people and $18.6 trillion in GDP, equivalent to nearly a quarter of the global economy. Governor Brown also on Sunday discussed California's nation-leading action on renewable energy on a panel focused on clean energy initiatives by national and subnational governments at the "RE-Energizing the Future" conference organized by the European Commission, International Renewable Energy Agency, Syndicate for Renewable Energy of France and others and later delivered keynote remarks at one of the COP21's largest "side events," the "2015 Global Landscapes Forum," following a plenary session featuring international scientists and government leaders seeking to bridge the divide between climate research and policy making – a longstanding priority in California.

Today is the Governor's third of five days at the UN Climate Change Conference with events in Le Bourget and throughout Paris organized by the French, U.S., German and Chinese governments, UNFCCC, the European Commission, the World Bank, UN Foundation, Climate Group, International New York Times, École Normale Supérieure (ENS) and many others.