Calexico, California - Calexico City Councilman and Mayor Pro Tem David Romero, along with Bruno Suarez-Soto, a commissioner on the city’s Economic Development and Financial Advisory Commission, were charged in federal court today with accepting cash bribes in exchange for promises of official action by the city. 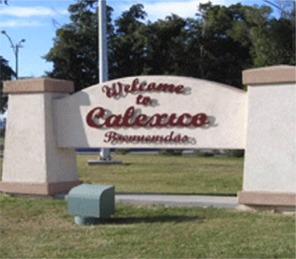 The defendants were arraigned today via video teleconference before U.S. Magistrate Judge Bernard G. Skomal. They were released on $10,000 personal appearance bonds secured by their own signatures. The next court date is July 2, 2020 at 10:30 a.m. before U.S. District Judge Cathy Ann Bencivengo.

According to a charging document, Romero and Soto accepted $35,000 in cash bribes from an undercover FBI agent who they believed represented investors seeking to open a cannabis dispensary in Calexico. In return, Romero and Soto “guaranteed” the rapid issuance of a city permit for the dispensary, and to revoke or hinder other applicants if necessary to ensure that the bribe payer’s application was successful. Moreover, both men admitted they had taken bribes from others in the past, according to the charging document. Referring to this $35,000 payment, it is alleged they told the undercover agent, “This isn’t our first rodeo.”

In addition to being a Councilman, Romero serves as Calexico’s Mayor Pro Tem, meaning he was set to become Mayor in July 2020. Soto was recently appointed to the City commission responsible for promoting business and community growth and coordinating with prospective developers to help them invest in the City of Calexico.

“Public officials must act with honesty and integrity when doing the public’s business,” said U.S. Attorney Robert Brewer. “If civic leaders won’t uphold these standards, we will. We allege that these defendants traded on their positions of trust, selling the integrity of government in exchange for thousands of dollars. We will vigorously enforce the law whenever a public official puts his own greed ahead of the interests of his constituents.”

“Public corruption remains the FBI's top criminal priority.  As such, the FBI in San Diego and Imperial County has a robust public corruption program that is dedicated to uncovering criminal conduct of public officials,” said Acting FBI SAC Omer Meisel.  “The investigation of Mr. Romero and Mr. Suarez-Soto serves as another example of the FBI's commitment toward accountability for those serving the public and holding positions of trust.”

The charges allege that during a December 19, 2019 meeting at a restaurant in Calexico with the undercover FBI agent, Romero and Soto agreed to fast-track the agent’s purported application for a cannabis dispensary permit and guaranteed its rapid issuance in exchange for a $35,000 bribe. The defendants also offered to delay permit applications by competitors, court records said.

The charging document further alleges that toward the conclusion of the December 19, 2019 meeting, when the undercover agent asked if Romero and Soto might later ask for more than the $35,000 payment, Romero assured him that they would not. “This is done. Set and sealed,” Romero allegedly said.  Romero explained that he and Soto would require the money to be paid up front, however, because they had done similar work for other people, and those people had not paid the agreed-upon fee after the favors had been rendered.  Soto later added, “This isn’t our first rodeo.” Romero and Soto agreed to accept payment of the $35,000 from the agent in two installments, however: half up front, and half “when it’s a for sure thing.”

According to court filings, at this meeting the undercover agent asked whether the payment of $35,000 would “get us in front of the line” of applicants.  Soto answered, “Hell yeah.”  Romero added that he “didn’t want to say it in front of everybody, but it will.”

On January 9, 2020, Romero and Soto attended a second meeting with the undercover agent at a restaurant in El Centro, California.  During the meeting, according to court records, Romero reminded the undercover agent how difficult it was to work with the City of Calexico, and how fortunate it was that the agent was working with Romero. Soto later added that in return for the bribe, Romero would cut through “so much bullshit [red] tape that exists” with the City.

During a discussion of the approval process for the permit application referenced in court records, Romero explained that the people who have to approve the undercover agent’s license were “my best friends at the entire City Hall.”  When asked if the “best friends” had already signed off on the plan, Romero responded “F*&k, yeah!” and laughed.

Court filings reveal that at the conclusion of the January 9, 2020 meeting, in the parking lot outside the restaurant, with Romero looking on, the undercover agent handed Soto $17,500 in cash and explained that he divided the first installment of the bribe into two envelopes: one with $8,800 and another with $8,700. The agent asked whether “we’re good,” and Romero responded, “Trust me” and added, “In my line of business, I can’t fuck up.  Which means he [Soto] can’t f*&k up.”

According to the charging documents, the defendants accepted the second installment, $17,500 in cash, during a third meeting on January 30 in a parking lot outside a restaurant in El Centro.  Court documents further allege both men also admitted to creating a shell corporation to launder the proceeds of their bribery scheme.

The charging document also alleges that both men lied to the FBI when interviewed by agents at the conclusion of the January 30 meeting.  According to court filings, Romero falsely denied being part of any agreement with the undercover agent, and denied that anyone had made any “guarantees” to the agent.  Similarly, Soto falsely denied making any “guarantees” to the undercover agent and denied receiving any prior payments from the agent.

The case against Romero and Suarez-Soto is a public corruption investigation being conducted by the FBI and the U.S. Attorney’s Office. Any member of the public who has information related to this or any other public corruption matter in Imperial County or San Diego is encouraged to provide information to the FBI’s email tip line at https://tips.fbi.gov or to contact their local FBI Field Office. In Imperial County, the FBI can be reached 24 hours a day at 858-320-1800 or 1-877-NO-BRIBE (662-7423).