El Centro, California - On Saturday, September 15, 2018, at approximately 2:20 pm, Officers from the El Centro Police Department dispatched to a bank robbery at the Chase Bank on North Imperial Avenue.  A Hispanic male in his mid-20’s, described as having a light complexion, approximately 5’6’’ and 120 pounds entered the bank and provided a teller with a demand note and proceeded to rob the bank.

The suspect was wearing a blue or purple baseball cap with unidentified wording on the front panel, a maroon polo shirt with a tan collar and a tan stripe along the end of each sleeve, dark colored pants with black and white shoes.  The suspect was last seen exiting the bank through the north doors and into the parking lot.  Employees and patrons were not injured during the incident and no weapons were seen or brandished.  Any tips or information in this case will be extremely valuable and calls may be directed to Detective Adrian Chilpa at (760)335-4662.  No further information is available for release at this time. 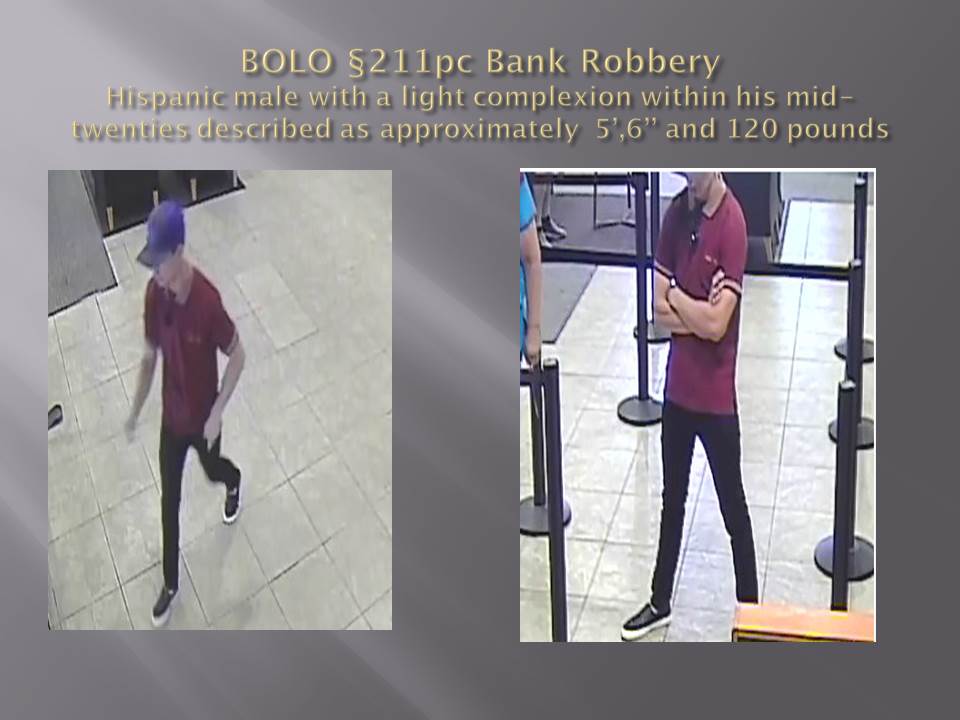