The DCLA was established in 1990 as a way to honor individuals and organizations for their efforts to prevent crime, terrorism, drugs, and violence, as well as to further law enforcement efforts in their communities. Each year, the special agent in charge of each of the FBI’s 56 field offices selects an honoree that has made a significant difference in their community. 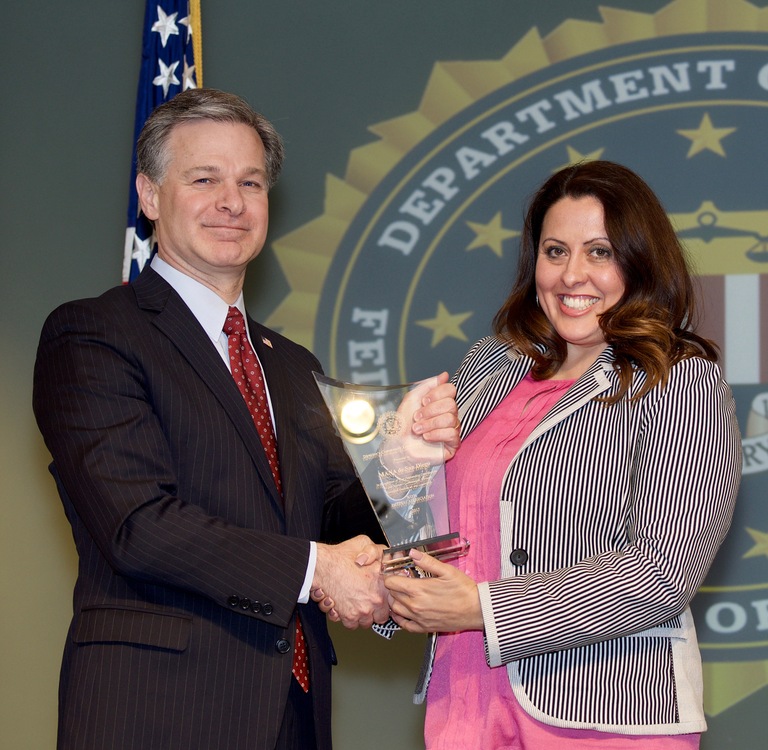 Hermanitas has served more than 800 at-risk girls ranging in age from 12 to 18 years old. The goal of the program is to elevate the potential of young women in the Hispanic community. The program features monthly educational programs, community service, and leadership seminars. Additional elements of the program include support in applying to college, financial aid, and scholarships. The MANA scholarship program has helped almost 450 young Latinas with financial assistance to make their dream of attending college a reality.

The success of this program is illustrated by the journey of current MANA President, Venus Molina. At the age of 12, Ms. Molina joined the very first Hermanitas class, where her connection to MANA began as a mentee. Today, Ms. Molina is the president of MANA and a leader in the San Diego community.

Special Agent in Charge John A. Brown and the San Diego Division of the FBI honor MANA de San Diego as a 2017 FBI Director’s Community Leadership Award recipient and thank the organization for the significant contributions and service provided to the San Diego community.