Coup Attempt in The Gambia

Washington, DC - When a group of naturalized Americans from The Gambia tried to help overthrow the government of their West African homeland in 2014, they thought they would be hailed as heroes. Not only did they fail, they were charged in the United States under the Neutrality Act—a little-known federal law that prohibits Americans from waging war against friendly nations.

Two Americans were killed in the failed coup on December 30, 2014. The next day, distraught Gambian-American Papa Faal entered the U.S. Embassy in neighboring Senegal.

“He said, ‘I need to get back to the United States. The Gambians are looking for me,’” said Special Agent Jeffrey Van Nest from the FBI’s Minneapolis Field Office. “When embassy staff asked why, Faal said he was part of the attempted coup. That’s when we got involved.” 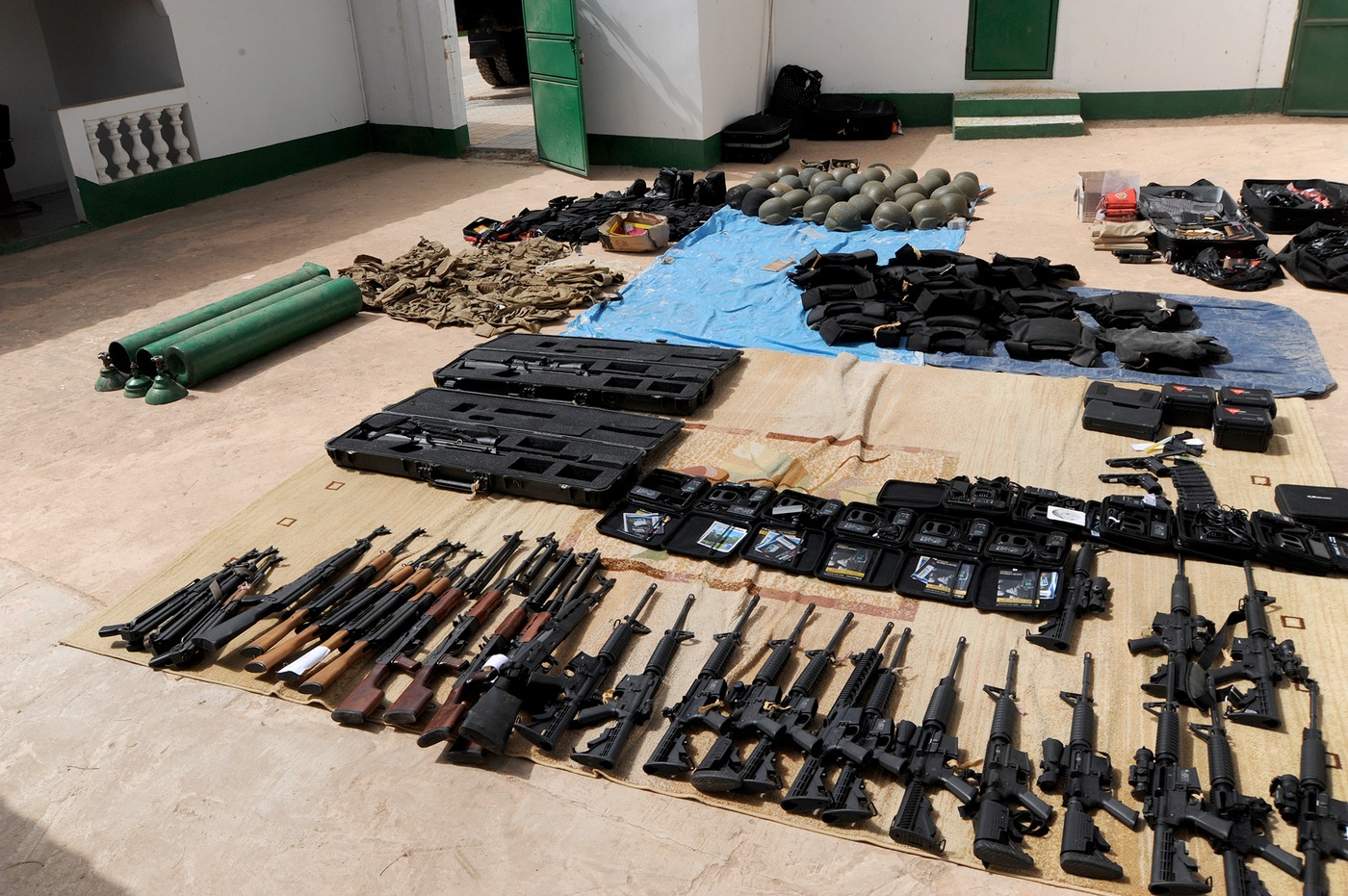 Soldiers in The Gambia seized military gear and weapons provided for the participants in the attempted coup in 2014. The equipment was paid for by a naturalized American and shipped to the country; some of it was stored in safe houses.

Embassy staff immediately notified the legal attaché—the FBI special agent assigned to the U.S. Embassy. The legal attaché interviewed Faal, quickly determined there was a possible violation of the Neutrality Act, and notified the Department of Justice and the FBI office in Faal’s hometown of Minneapolis; Van Nest was the squad supervisor over the investigation.

Faal’s cooperation led to conspirators in other U.S. states, requiring involvement from FBI field offices in Atlanta, Baltimore, Charlotte, Louisville, Memphis, San Antonio, and Seattle. Agents also traveled to The Gambia, Senegal, and Germany. The FBI coordinated with other federal agencies, including the Department of State; the Bureau of Alcohol, Tobacco, Firearms and Explosives; and the U.S. Army Criminal Investigation Command.

Members of the Gambian diaspora who had formed the Gambia Freedom League hatched the plan in 2012 to overthrow then-President Yahya Jammeh. The group included Gambians living in America, Europe, and Africa. Cherno Njie, a naturalized American who lived in Texas, planned to serve as the interim leader in The Gambia.

Njie also financed much of the operation and arranged for another conspirator to buy weapons for the coup. Njie kept meticulous financial records showing how much he paid for ammunition and weapons, as well as their serial numbers. The weapons were smuggled into The Gambia hidden by clothes inside 55-gallon barrels.

The attack plan, developed by a co-conspirator with U.S. military experience, had coup members meet at safe houses in The Gambia. Two teams—one of six men and one of four—armed with the smuggled weapons and wearing military gear, attacked the Gambian State House.

As part of the investigation, FBI agents from Minneapolis received permission to travel to The Gambia to look at the evidence—and the bodies of the two Americans killed in the attack.

The trip into The Gambia was tense because President Jammeh initially believed the U.S. military was behind the attack. Gambian military and intelligence officials escorted FBI agents during the visit.

Coup Attempt in The Gambia

Five Americans were convicted for their roles in participating in the plot; two others were killed in the attempt. 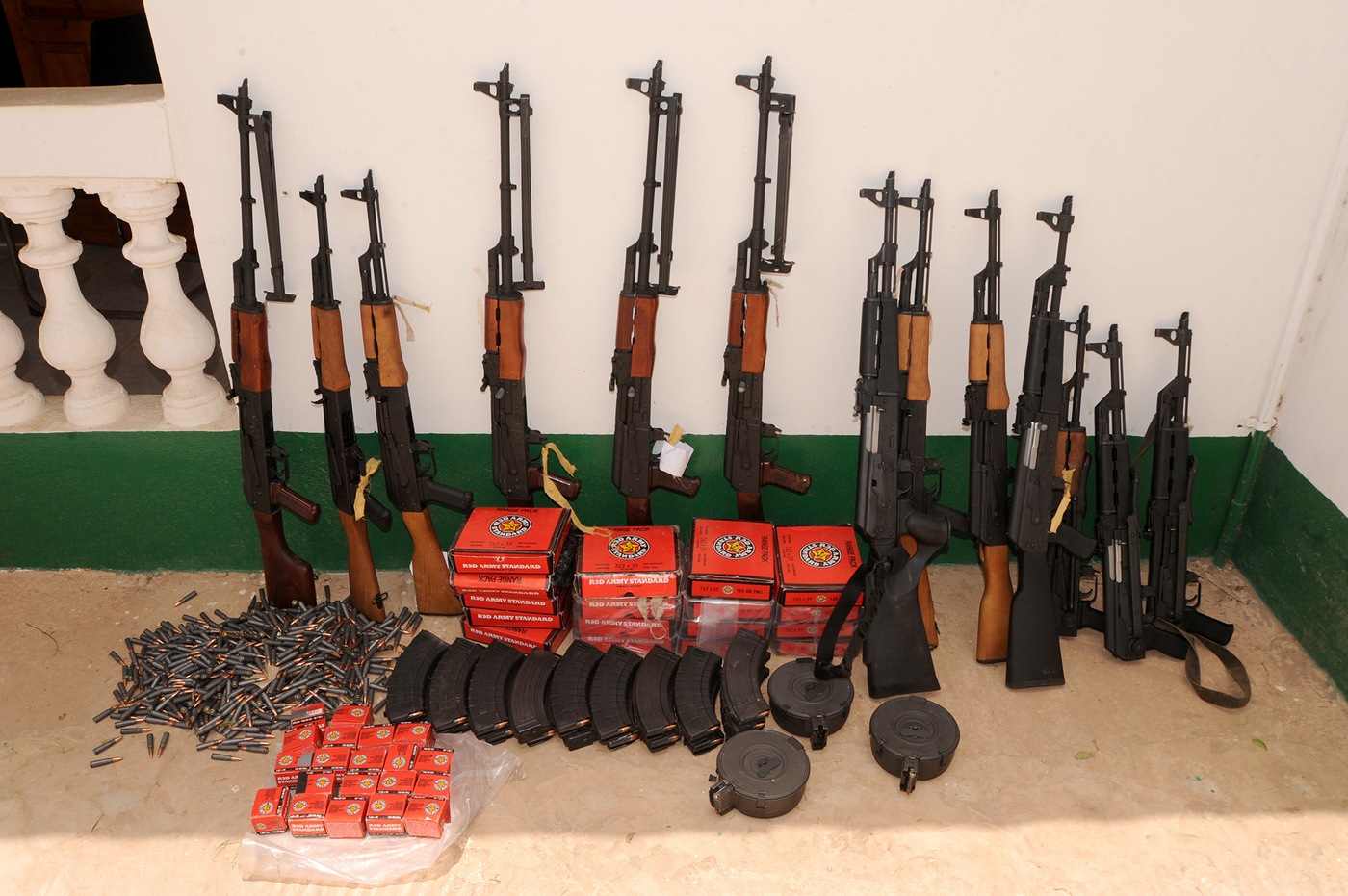 Soldiers in The Gambia seized these weapons and ammunition from vehicles and safe houses used during a coup attempt in 2014. American participants were prosecuted under the Neutrality Act, a little-known federal law.

Agents identified more than 20 weapons purchased by Americans using money Njie provided. They also examined the cars used in the attack as well as the safe houses, and they took DNA samples from the two dead Americans.

The FBI has investigated only a handful of violations of the Neutrality Act. Despite the investigative complications—with numerous conspirators acting in several states and overseas—agents knew just how to proceed.

“The steps in these investigations are the same as for most cases, said Special Agent Margaret Thill, who also worked the case from the FBI’s Minneapolis office. “You have a potential violation, you gather evidence, you build rapport with witnesses to elicit cooperation and information, and you work closely with the assistant U.S. Attorney who is prosecuting the case.”

Five men ended up pleading guilty in the case: four were sentenced in 2016 on counts relating to the Neutrality Act, and a fifth was sentenced in March 2017 for buying weapons. None was sentenced to more than a year and a day in prison.

Short sentences notwithstanding, the successful investigation delivered several important messages, Van Nest said. “Rapid identification, arrest, and guilty pleas of those responsible ensured continued safety and security of American diplomatic personnel posted to the region,” he explained. “More importantly, the U.S. government capably reinforced accountability to the rule of law in a part of the world which has been cursed by cyclical violence between warring factions for generations.”