Vladivostok, Russia - Governor Edmund G. Brown Jr. today joined leaders from Japan, South Korea, Russia, China and more than a dozen other countries at the Eastern Economic Forum in Vladivostok, Russia where he pushed businesses and governments to join forces not just on trade and investment but also on the decarbonization of the economy.

"The world has never had more power or more danger – or more opportunity if we can work together. And this forum is inviting that coming together of countries in the Pacific region, focusing on trade. But trade, to be sustainable, must be innovative and creative," said Governor Brown in remarks at the opening of the Forum. "Trade will not be sustainable if it attempts to violate forever the rules of nature."

In addition to speaking at the opening of the Forum, Governor Brown gave remarks today at the sixth Asia-Pacific Economic Cooperation (APEC) Conference on Cooperation in Higher Education and later participated on a Forum panel focused on opportunities for cooperation between Russia, China, Japan and the United States. 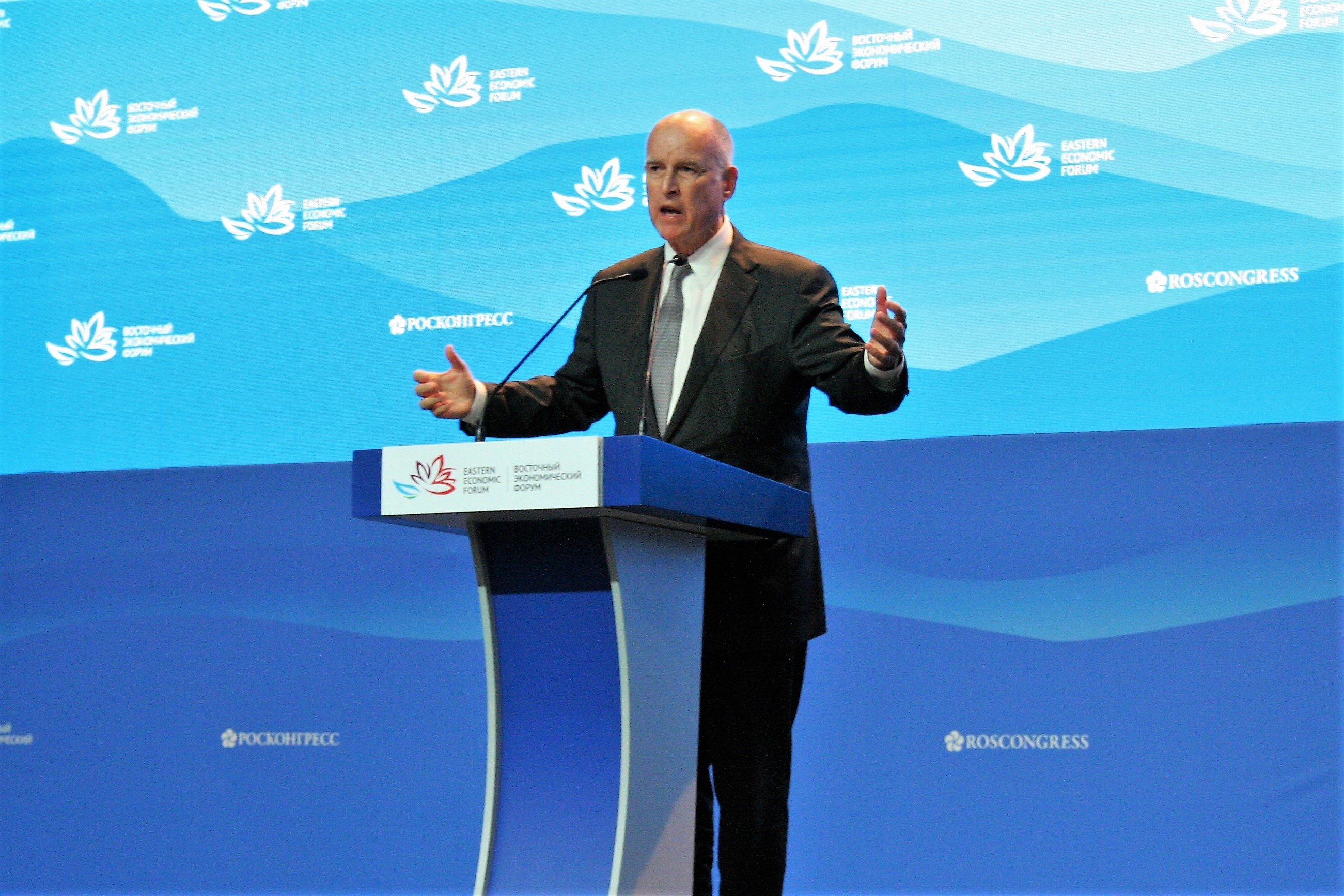 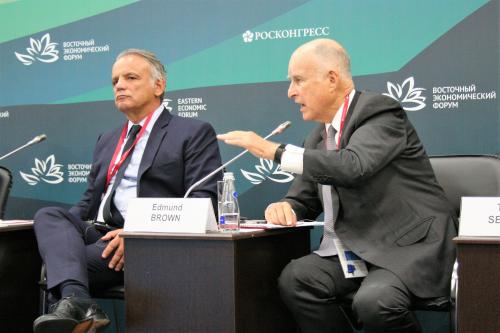 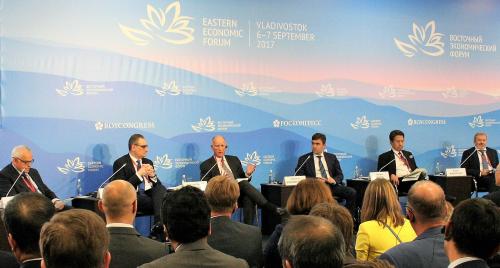 Governor Brown participates in “The Russia–China–Japan–US Quadrangle: Are There Opportunities for Cooperation?” panel at the Eastern Economic Forum.

Tomorrow, the Governor will lead a discussion on climate change at the Far Eastern Federal University.

On the way to Vladivostok, Russia, Governor Brown stopped in Nome, Alaska where he met with researchers and native Alaskans to learn more about the impacts of climate change to arctic ecosystems.

The Governor's complete remarks, delivered at the opening of the Forum, are below:

Good morning. I first want to express my appreciation for the invitation to represent California at this forum. It's what we call "bottom-up" diplomacy.

I come from a mere state or what people like to call a sub-national unit. Nevertheless, we have an impact in the world. Our gross domestic product is about $2.5 trillion. We're a land of innovation: Google, Facebook, Jet Propulsion Laboratory, Hollywood. We're a land of disruption, where we never set in and accept a status quo, but we disrupt and create and build a future that works for everyone.

California, of course, has a very special relationship with Russia. Russia was in California before America was in California. I refer to Fort Ross and the settlement there that still represents a symbolic place of collaboration and dialogue – the Fort Ross dialogue, something that I attend each year.

So, I really have to express again my appreciation for being here, to be a part of this discussion bringing the peoples of the Pacific closer together. The Pacific Ocean, the name of which stands for peace, peaceful cooperation. And through trade, through business, through investment, through cultural exchange, we can create opportunities. And as we create opportunities of collaboration, we minimize those real threats that we all face. The threats of climate change, of terrorism, of nuclear proliferation and danger.

The world has never had more power or more danger – or more opportunity if we can work together. And this forum is inviting that coming together of countries in the Pacific region, focusing on trade. But trade, to be sustainable, must be innovative and creative. The world of carbon is very much with us and is the basis of our civilization, even our meeting here. But the future is going to decarbonize. We need a world of elegance and innovation and renewable technology and zero-emission transportation and more efficient ways of building and living together.

Trade will not be sustainable if it attempts to violate forever the rules of nature. We are all subject to physics and atmospheric chemistry. And 97 percent of the world's scientists tell us climate change is occurring, that it will have catastrophic impacts. Yes, there will be some positives but the increase in heat will cause migrations of millions, tens of millions of people and widespread suffering if we cannot make the Paris Agreement real.

That's why California has joined with 175 other states, provinces and regions to form the Under2 Coalition. This is a coalition of states representing over a billion people that are committed to keeping greenhouse gas emissions under 2 degrees centigrade from the industrial period. But this is not just a coalition of restriction, it's a coalition of innovation. And the future will go to those who look not to the past, but look to the future. And not getting absorbed in the controversies of the moment; the difficulties of today or even next week. But rather standing back, looking out 25 years, 50 years – what is the world that we will all create together? Russia and the United States with China and Vietnam and Japan and India and Korea and other countries.

This forum in the Pacific has great significance symbolically, humanly and economically. I am glad to be a small part of it. And I would just say that what rises converges. If we can raise our thinking and lift our eyes to a future that is inclusive, that is innovative and that takes into account the science that we all know, then we will converge and we can look to a very bright future, not only in the Pacific but everywhere in the world. Thank you.